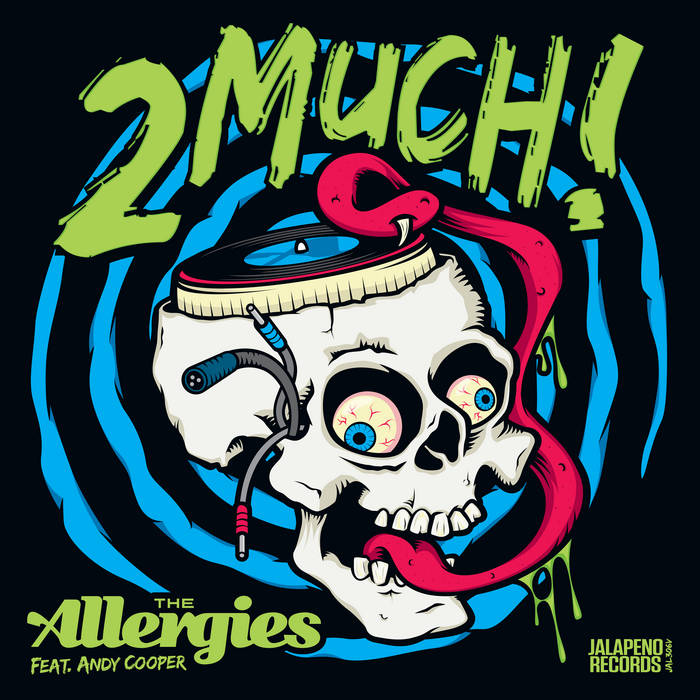 Sam Tweaks The best collaboration between the Allergies and Andy (Ugly Duckling) Cooper - plus a waxnerds shout-out to get me super happy Favorite track: Special 45 (feat. Andy Cooper).

DARKPEAKER Don't take this as cartoon raps or beats..artwork shows eyes poppin...not even ears poppin..true hip hop into the realm of lyrics scratching and bopping your head, big up The Allergies...don't be afraid of a little itchy scratchy now.

Between MC Andy Cooper’s opening count in, to the memorable end credit shout outs, their latest feel-good hip-hopper crams in more breaks, more funk, and more raps, into a single than the group has ever dared before.

Built around an earworm double bass lick and some neck-snapping drums, the track forms the perfect backdrop for the LA rhyme-slayer let us know that, “On stage I’m calm as a Decepticon/That transforms from Gandhi to Genghis Khan”, before dropping his fastest verse…ever. Yes! And if you’ve heard their blistering early sure shot collabo, ‘Rock Rock’, then you know that’s no mean feat.

Sweating as their go-to mic man ups his game, the production duo of Rackabeat and Moneyshot dutifully raise theirs, digging harder and chopping wilder with the music. They swerve in slick samples and cheeky vocals. Spin back cut sections and take breakbeat U-turns. Yet the ex-Ugly Duckling frontman never falters, relishing the challenge.
It makes for one wild ride, leaving you panting for more. Proving that sometimes ‘2 Much!’ is never enough.

The single drops, with a perfectly pitched music video directed by the extremely talented Daniel Ruczko!

Bonus note: The vinyl release of '2 Much!' comes with the exclusive B-side, 'Special 45'. Here The Allergies and Andy Cooper wax lyrical about the 7" format over a smooth hip-hop beat and the cutting of guest scratcher, DJ Robert Smith. One for the dusty donuts crew and record heads, worldwide.

Bandcamp Daily  your guide to the world of Bandcamp